Based in Reykjavik, Iceland and formed by ex CCP members, Solid Clouds were a small independent development team building their dream project – an MMORTS called Starborne.

With no PR strategy in place, we were brought on board for 18 months to help build and implement a long-term PR plan taking the project through and beyond its Open Beta launch in April 2020.

With the aim of the PR campaign to not only increase the awareness for the game in order to encourage player sign-ups but also to shine a light on Solid Clouds as a studio to interest potential investors, we secured a number of high-profile features and articles in both the UK and US including a 4 page Studio Profile in EDGE magazine, a Studio feature on GamesIndustry.biz along with hands-on features for Starborne with Rock Paper Shotgun and as well as a front cover and 4 page feature with Wireframe magazine. 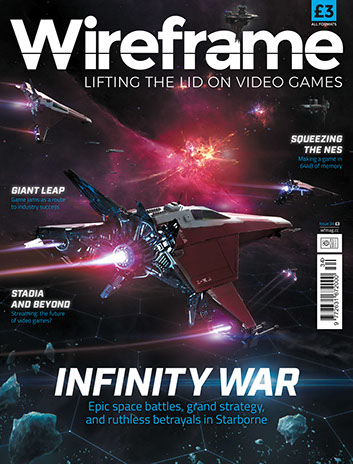