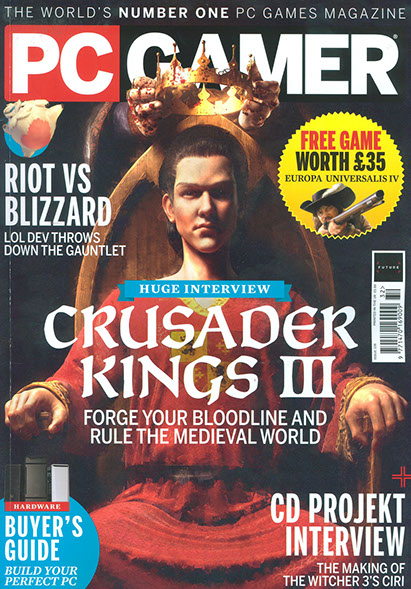 One of the most eagerly anticipated strategy games of recent years and off the back of a 6 page front cover feature in PC Gamer at the end of 2019, the last five months of the PR campaign were complicated due to it being at the height of the national lockdown in the UK.

Adapting quickly and decisively, the planned preview event for May 2020 was quickly moved to a digital only hands-on event with attendees including Gamespot, Rock Paper Shotgun and PC Gamer, generating extensive and overwhelmingly positive coverage.

With the momentum and buzz surrounding the game gathering pace as the release date neared in early September, mainstream media outlets were a key component of the latter stages of the campaign in order to try and broaden the scope of the coverage outside of the hardcore strategy press.

The Sun (5/5), The Express Online (5/5), NME (5/5), and Stuff were some of the mainstream outlets that lavished universal praise on Crusader Kings 3 which, at time of writing, has a metacritic rating of 91.